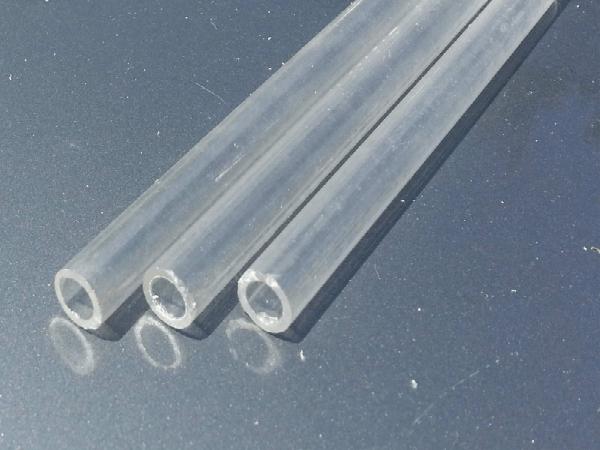 Different fittings for plastic pipes and their uses 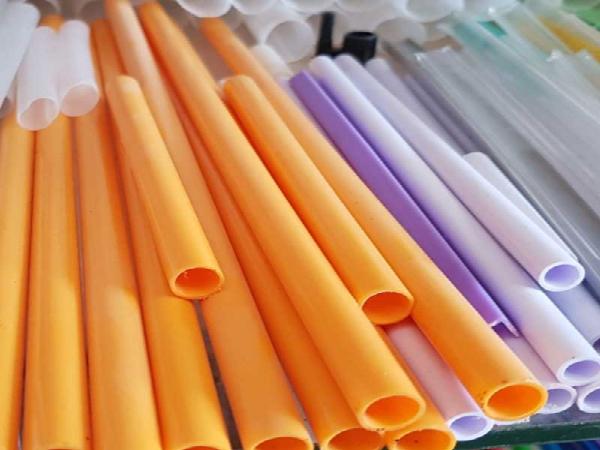 The most important disadvantages of metal pipes are corrosion, internal surface deposition, high weight, transportation and installation problems (compared to plastic pipes). Although plastic pipes have their own disadvantages and disadvantages, however, certain types of them are most suitable for specific applications, and in the light of increasing progress. In the petrochemical industry and polymer engineering science and technology, methods have been devised to improve the quality and resilience of plastic tubes and their defects, which have been very effective and are currently undergoing extensive research as well as Production of new plastics and polymers, especially composite polymers for industrial pipe manufacturing, is underway. Plastics are human-made materials, the mainstay of which are organic polymers and are highly versatile. Basically, plastics are divided into two general categories based on their heat treatment behavior: 1. Thermoplastics. 2- Thermosets. In general, thermoplastics are solid at normal ambient temperatures and become soft and ductile with increasing temperature. They can be deformed by heat treatment and restored to their original form. Most of the materials used in the manufacture of plastic tubes are thermoplastics, including polypropylene (pp), p PVC or PE (PE) is indicated. But thermostats are relatively crisp materials. So that they cannot easily be deformed even by applying heat. They are formed once and for all and maintain their unchanging and constant form.

Where to find flexible pipes at lowest prices? 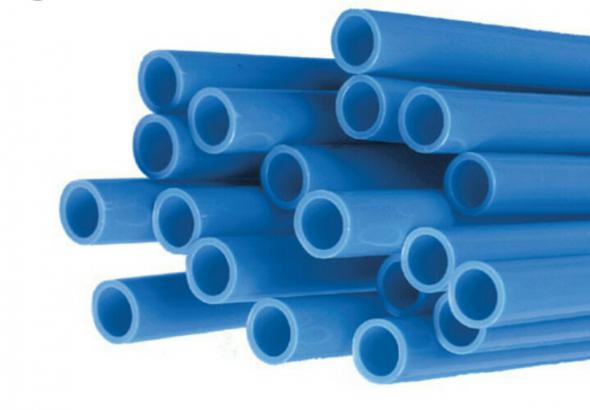 Properties of plastic pipes. Choosing the right material for making the tubes will depend on the fluid being transported and the service and operating characteristics of the system. Depending on the type of plastics, some of the properties of plastics may be desirable for our system and facility and some may be undesirable. Although some of the undesirable properties can be reduced or eliminated through standard design and installation, however, choosing the right pipe for different applications requires sufficient knowledge of the properties, advantages, and disadvantages of plastic pipe types. . Abrasion and corrosion resistanc. In general, plastic pipes are highly resistant to acids, salts, liquids and corrosive gases. In the case of erosion, the degree of resistance of the plastic pipe depends on the type of fluid being transported through the pipe and the conditions of service and system. The corrosion resistance of plastic pipes varies with the concentration of certain chemicals. For example, polyethylene pipes can transfer 70% sulfuric acid at 23 ° C (73 ° F), while it is not suitable for 95% sulfuric acid transfer. Temperature is also an important determinant of corrosion resistance of plastic pipes. For example, some polyethylene pipes that are suitable for transporting gases containing nitrogen oxides at 23 ° C should not be used to transport these gases at 50 ° C. The specific formulation of a particular plastic material can also be used to determine the amount of material’s overall resistance to corrosive chemicals and their concentration. 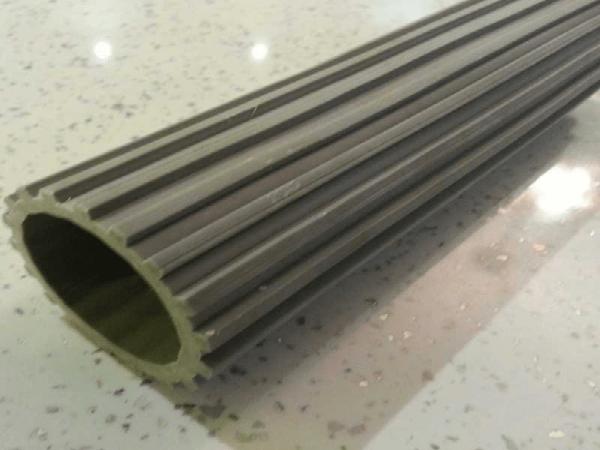 Internal wall filter is the products which pvc pipe manufacturers in uae are manufacturing it. Plastic tubes have ultra-smooth inner walls, preventing any accumulation of sediment on their inner walls, thus causing the problem of clogging and obstruction due to the gradual decrease in inner diameter due to Sediment accumulation is eliminated in the case of plastic pipes. As the metal pipes have lost corrosion over time and the accumulation of sediments on their inner surfaces has reduced the frictional pressures thereby reducing their capacity for fluid transfer. Thermal: In general, the thermal conductivity of plastic pipes is lower than other pipes, which results in minimal loss (as compared to other pipes) as a result of heat loss or heat absorption through the wall of these pipes. Arrives. This feature of plastic pipes is an advantage when used for sewage systems because it prevents the deposition of fatty substances in the pipes and reduces the discharge rate. The thermal expansion rate of plastic pipes comes higher than other pipes, and this should be kept in mind when designing installations that have high temperature fluctuations. For example, the thermal expansion coefficient of Type I P.V.C (50 63 10 6- 6 ° C to 63 ° C) is five times that of steel (12 6- 10 6- 6 ° C). As a result, the number of fasteners and retainers needed to install plastic pipes is far greater than that of steel pipes and at shorter intervals than steel pipes. Installed. For this reason, if the plastic pipes are not properly polished, they will be prone to snaking during high heat fluctuations. Plastic pipes soften when exposed to high temperatures, so they should not pass through very hot spots or in the vicinity of devices that produce high temperatures. The high temperature tolerance in plastic pipes varies from 50 ° C to 150 ° C depending on their gender and type. 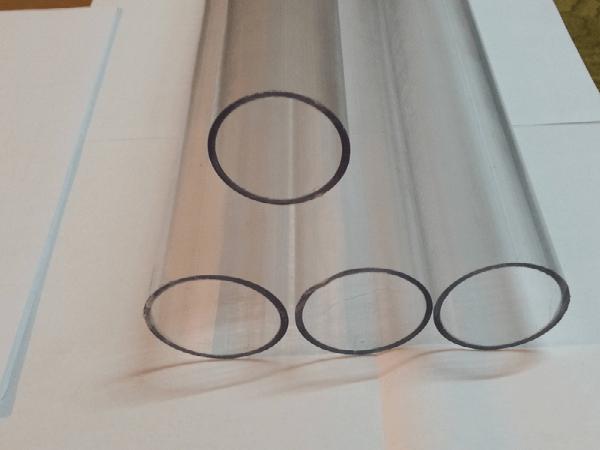 In general, plastics are not conductors of electricity, which is why types of plastic pipes are never exposed to galvanic and electrochemical corrosion. As you know, the occurrence of galvanic corrosion phenomenon in buried metal pipes is one of the most important causes of their damage and gradual disappearance. Density: Plastic pipes are much lighter than steel, asbestos, concrete and cement pipes and range in density from 0.9 to 3cm / gr2 (depending on the formulation). Lightness of plastic pipes has many advantages for this type of pipe.

For example, the cost of shipping and installing them is much lower and they are easier and faster to transport than other pipes. Most plastic pipes are easily installed by hand and in most cases do not require special machinery or tools. Mechanical Properties: Obviously, plastics do not have the mechanical strength of metals, but are more flexible. Plastic resistance to tensile forces is excessive. As the temperature of the piping system increases, the mechanical strength of the plastic pipes decreases, but the impact resistance increases. Since plastic pipes are generally tough (yet robust) they absorb external impacts to their surface with minimal damage or even no damage. However, the same impacts on brittle pipes can cause serious injury.

pvc pipe manufacturers in dubai. Plastic tubes are mainly made of polymers and carry other organic compounds and are therefore flammable. Of course, different plastics exhibit quite different behaviors against fire. In most cases, fire causes chemical decomposition in the structure of plastic pipes, and the products of combustion of these pipes increase the volume of fire. . Plastic Pipe Classification for Pressure Tolerance: Except for pipes used in sewage and drainage systems, all plastic pipes are classified in terms of pressure tolerance. Plastic pipe laying is available in terms of pressure tolerance, as follows: 1- Schedule number: Calculated from (P / S) × 1000 relationship where (P) system pressure (service) is desired. And (S) is the allowable stress limit, and it is certain that both must be included in the same units with the same formula. 3. Numerical Classification for Tolerable Pressure Level: In this method, each tolerable pressure level is numerically specified. For example, the most common compressive grades of plastic pipes are 50, 100, 125, 160, 200, PSI 315. Sometimes they are also used to compress and identify thermoplastic pipes from four-digit codes and an alphanumeric prefix. Indicates the type of polymer used. The first and second digits of this four-digit code indicate the type and base of the resin, respectively, and the third and fourth digits express the amount of pressure required for the hydrostatic test of the pipe, divided in 100 by Psi. 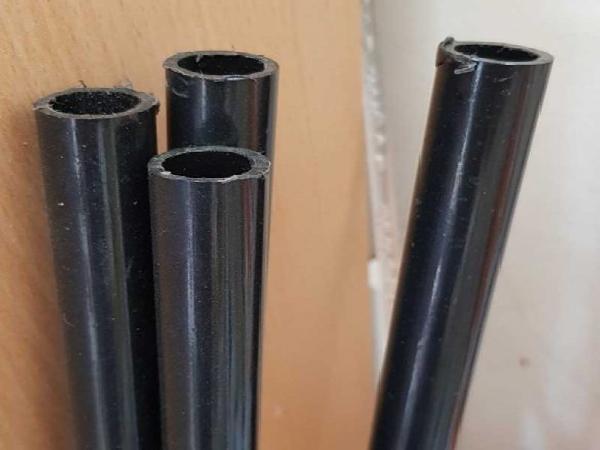 Durability and stability of plastic pipes

Various experiments performed in well-equipped industrial laboratories as well as practical experience in operating environments indicate that plastic pipes (thermoplastic) are buried underground in the face of attacks by any bacteria, fungi and others. Micro-organisms are completely safe. Resistance to atmospheric agents: Plastic pipes are prone to chemical degradation and spoilage when exposed to UV rays and UV radiation on the surface of plastic pipes makes them crisp and fragile and As a result, they are prone to cracking. Today, by adding UV-blocking substances and changing the formulation of plastic pipes, these pipes make them resistant to atmospheric agents. Plastic Pipe Uses: The most important plastic pipe applications are sewage, water supply, irrigation, water distribution, gardening, sewage treatment plants, food industry, pharmaceutical plants. In recent years, plastic pipes have also been used in many cases for natural gas and crude oil pipelines in the oil and gas industry. The settling wax in the crude oil transfer pipes causes clogging and decreases the effective diameter of these pipes which can be resolved by using plastic pipes. 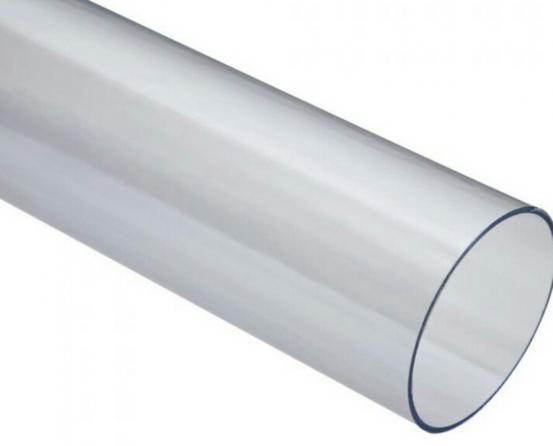 Extensive research has been done to increase the mechanical strength and extend the life of polymers and nowadays one of the most important methods for this purpose is the gross link polymers. In this method, the longitudinal and chain molecular structure of the polymers is changed to a spatial structure, thereby making the polymers resistant to stresses. Another way to increase the mechanical strength of plastic and metal pipes is to make these pipes in such a way that a metal layer, for example aluminum, is placed in the middle of the inner and outer layers of the plastic. In fact, a thin-walled metal tube is inserted into a plastic tube. Plastic Pipe Thermal Memory: In most cases, when bending or any incorrect and incorrect deformation is given to the plastic pipes, the pipe will return to its original shape by applying heat to the pipe, which is why it is said so. Plastic tubes (of course, thermoplastics) have “Thermal memory”.

Which plastic pipe is better to transport water? 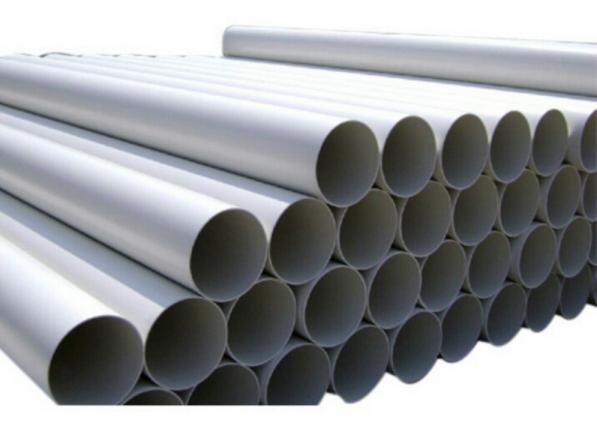 If plastic pipes are used for sewage disposal systems. The noise produced during drainage will be higher than that of cast iron pipes. Because, as you know, one of the most important engineering properties of cast iron pipes is the ability to absorb sound and vibration. As you know PVC is a flexible polymer and ABS is a rigid polymer. According to the results obtained in the technical laboratories of noise generated by sewage discharge in PVC pipes compared to cast iron pipes between 6 and 10 dB more and in ABS pipes compared to Cast iron pipes are between 8 and 15 dB (DB) higher. Laboratory experiments have shown that by increasing the sound level in the tubes by as much as 10 dB, humans assume that the sound level has doubled. The most common polymers used to make plastic pipes The most common and popular polymers used to manufacture plastic pipes are: • Polyvinyl chloride (PVC) • Polyvinyl chloride (CPVC) • Polyethylene ( PE) • Polypropylene (PP) • Acrylonitrile butadiene styrene (ABS) • Glass fiber reinforced plastics (GRP) PVC pipes are one of the most widely used types of plastics in the industry. Plastic pipes are flammable and most of them spread fire, but one of the features of PVC is that it does not spread the fire on the pipe but only The point where the fire is burned and destroyed, PVC pipes also have disadvantages, such as being extremely crisp and susceptible to cracking at zero and below zero temperatures. PVC pipes are in no way suitable for spa services if they are exposed to excessive sunlight. 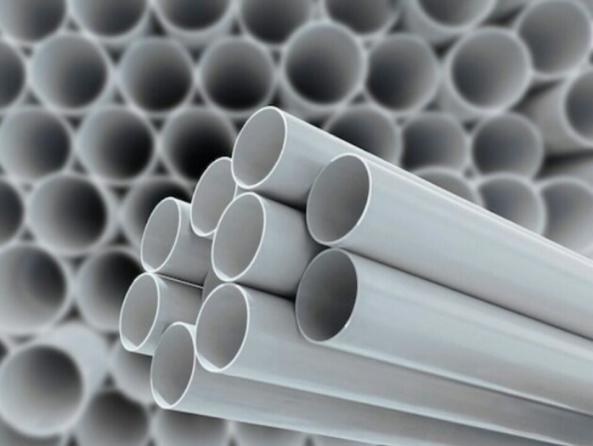 They are able to withstand higher temperatures (about 180 ° F) than PVC pipes and can be used for hot water circulation in thermal systems. Because CPVC pipes They are able to withstand higher temperatures than other plastic pipes. They require less support, holders and pendants when installed. PVC pipes are one of the disadvantages of most pipes It is plastic materials that pass oxygen through their walls, which leads to increased corrosion rates on metal equipment connected to plastic piping networks. But CPVC is a strong barrier to oxygen passage. Another important advantage of CPVC pipes is that they do not spread fire during a fire, and the damage and deformation in the burn area is far less than other types of plastics. 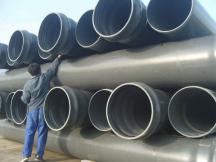