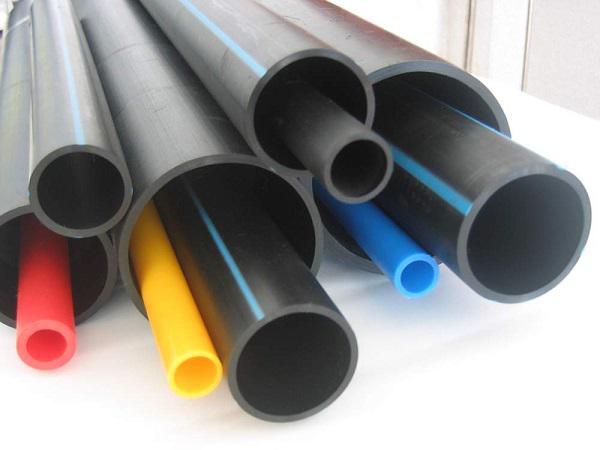 The Polyethylene Tube Production Plant needs the required quality, precise and appropriate equipment and infrastructure that needs to be exploited within a short time (before the polyethylene pipe production) to meet the needs of consumers, and durable and consistent products. To produce world-class standards, the Polyethylene Tube Production Plant should be equipped to upgrade its machines, and these lines should be equipped with SEMs and Gravimetric & Ultrasonic weights. The quality control laboratory is the main and vital part of any polyethylene pipe and fittings plant that laboratory equipment must always be reviewed and calibrated and the laboratory must have the NACI 17025 certification.

The manufacturer must be responsible for answering the needs of the best-quality customers.

The client’s customer service chip is the priority of customer relationships. The provider has valued customers’ time and put forward their efforts to deliver the best and most quality products and services.

The manufacturer will design and deliver their products based on customers’ needs and with their opinions.

The manufacturer is committed to having the highest standards of quality in providing services to customers.

The producer of human resources is considered to be the most important capital and the cornerstone of organizational growth. The producer is believed to work in group work.

What temperature can HDPE pipe withstand? 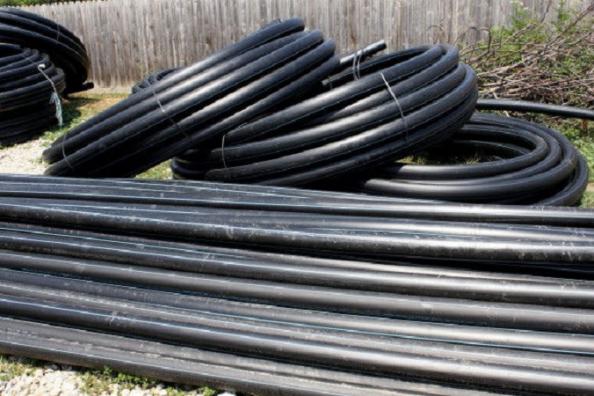 A review of polyethylenes and their properties and applications

Polymers with a molecular weight greater than 6000 in the plastics industry account for the largest volume of consumption. Polyethylene contains a very simple structure, which is simpler than all commercial polymers. A high molecular weight polyethylene molecule of carbon atoms is attached to each carbon atom of two hydrogen atoms.

Occasionally, instead of hydrogen atoms in the molecule (polyethylene), a long chain of ethylene is bound to carbon atoms, called polyethylene, or light polyethylene (LDPE), because its density is reduced due to the occupancy of the larger volume. In this type of polyethylene, the molecules of ethylene are randomly attached to each other and poured into a very irregular shape. Its density is between 0.910 and 0.925 and is produced under high pressure and high temperature.

There is also a polyethylene that has a density of between two polymers, ranging from 0.926 to 0.940, which is called semi-heavy polyethylene or medium polyethylene.

Polyethylene with a molecular weight of between 3 and 6 million is called a very high molecular weight polyethylene (UHMWPE), and it is produced by polymerization of a metallocene catalyst. The material is more difficult to process, but its properties are excellent. When this polymer is completely networked through the emission or use of chemical additives, this polyethylene will not be so soft. This material will be coated during molding, or afterwards, with a real hard heat with tensile strength, electrical properties and good impact strength in a wide range of temperatures. It uses it to make very strong fibers to replace the Kevlar (polyamide) in bulletproof vests; as well as large screens, it can be used instead of ice skates.

By copolymerization of mono-methacrylene with a branched alkyl monomer, a copolymer with short hydrocarbon strands is called low-density linear LLDPE, often used to make objects similar to plastic films (freezers).

Which is stronger HDPE or PVC? 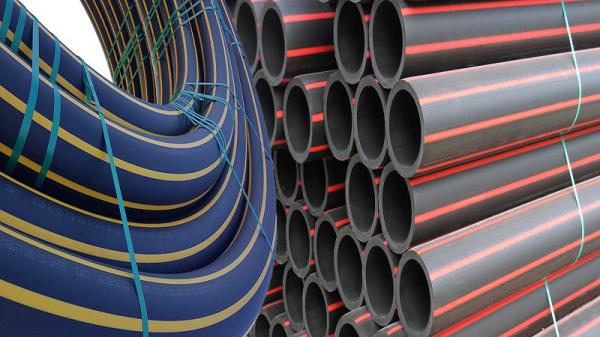 Some features of polyethylene

The most important inherent characteristics of commercial polyethylene for the main uses are:

As mentioned earlier, the density of all types of polyethylene is in the range of 0.910 to 0.965, and because it refers to three decimal places, 0.003 changes in density cause a significant change in the properties. In general, increasing density, linearity, rigidity, tensile strength, tear strength, softening temperature, fracture, bending life and tendency to leave.

The most practical indication of the relationship between polyethylene properties and average molecular weight is. The molten profile is the weight (g) of polyethylene that emerges within a ten minute period from a constant stroke to 190 ° C, while the standard weight on the piston of the driven chamber, which contains three grams of polyethylene, contract. The molten profile is somewhat (but not accurate) the inverse ratio of molten viscosity. Therefore, it decreases with increasing molecular weight. The higher the molten profile, the greater the mental temperature in the processing temperatures. This symbol is originally intended to represent the properties of the silane (psychic) ​​as a measure of extrusion capability. Generally, by increasing the melt profile, tensile strength, tear strength, softening temperature and polyethylene toughness are reduced.

The distribution of molecular weight (Mw / Mn) also has a significant effect on the properties. By increasing the ratio of Mw / Mn to the tensile strength, the softening temperature and toughness are reduced and the fragility and the tendency to leave is increased.

Polyethylene films can be used to pack food, clothing, plastic bags, protective films in building applications, moisture insulators, greenhouses, car seat coverings, tarpaulins, and so on. Its other uses include the use of electrical insulators for cables and wallets, household utensils, various consumables in the automotive industry, injection parts, all kinds of pipes, chemical storage containers and laboratory equipment, and powder for improving the properties of the resin. Thermoplastic, thermosetting and so on.

In general, the use of polyethylene pipes is as follows:

• Fluid lines in the processes of factories

Is polyethylene harmful to humans? 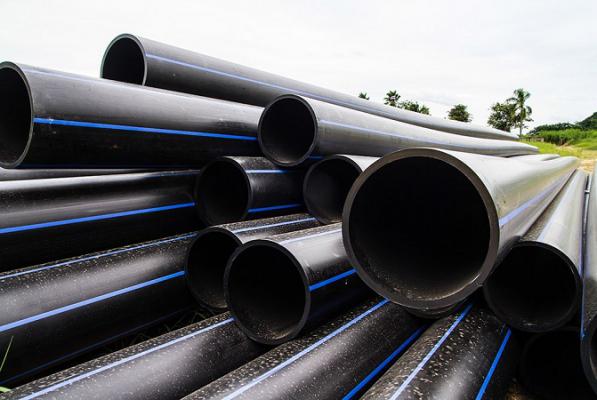 Polyethylene Industry The production industry of its kind and other products in the last fifty years have made improvements in terms of quality, which has proven itself as an alternative to other types of pipes, such as steel, cast iron, GRP and PVC. Today, polyethylene plumbing systems (HDPE) are used in a wide area of ​​urban, industrial, marine, drilling, landfill, and agricultural pipelines. Optimal application of polyethylene pipes has been tested and proved in situations such as ground level, buried state, float, and sub-sea levels.

Why is polyethylene pipe the best option for fluid transport systems?

Pipes and fittings with polyethylene materials, due to their unique properties, can be the best option for fluid transfer systems (such as water)

The reasons given below are part of the factors that make the use of polyethylene pipes and fittings more prevalent:

• Polyethylene pipes and fittings are resistant to a large number of chemicals and do not corrode.

• Polyethylene pipes will not leak if installed and executed correctly and standard welding.

 Due to the high flexibility of the polyethylene pipe, these pipes are resistant to earth movements and earthquakes, and the polyethylene pipes can withstand flexural and tensile stresses. This feature greatly reduces the cost of repairs, annual maintenance, or the restructuring of fluid transmission lines.

 The cost of fitting the networks run with the pipe and the polyethylene fittings is much lower than those of the same type as metal or concrete pipes, and even in some irrigation and water projects, there is no need for plastering to run the polyethylene pipe Be

• The life of the pipe and the connections of polyethylene are very vulgar.

• The polyethylene tube has a drinking water standard and is very suitable for urban and rural water utilization.

• The light weight of the polyethylene tube and its connections make it easier to transport and transport them, and are easier and less costly than steel tubes.

Polyethylene pipes and fittings can be the best option for transmissions in various industrial projects, power plants, sewage pipelines, drip irrigation and rainwater systems, gas transmission lines, water pipelines and water networks. Among the advantages of the polyethylene pipe, one can mention the following:

• Long lifetime of polyethylene pipe and reduction of maintenance costs

• Friction coefficient of low polyethylene and its constant during application

 Existence of various sizes of PE and polyethylene joints

What is HDPE pipe used for? 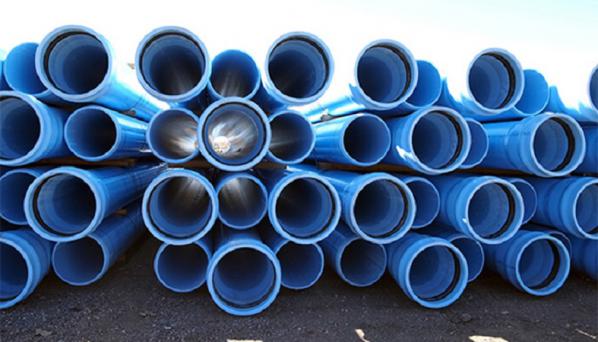 hdpe bags manufacturers in us

The use of pressurized polymeric pipes and polyethylene began in about 07 years in various industries in Europe and then in the United States. Among the current uses of the polyethylene pipe, it is possible to transfer water (water supply systems, pressurized water and …), transportation and transfer of chemical products, refrigerant and heaters, various consumables in the automobile industry, use of pipes Polyethylene is referred to as protective and insulation cover for various electrical and fiber optic cables.

One-wall polyethylene pipe, including these pipes, can be used at pressures between 2 and 07 atmospheres (depending on the raw materials and the diameter and thickness of the pipe)

Different industries use. The unique features of the polyethylene pipe compared to other types of pipes (steel, asbestos, etc.) have made

The growth rate of using these pipes in water transmission and distribution networks and irrigation systems is much higher than in other cases. Consumption

Is HDPE the same as polyethylene? 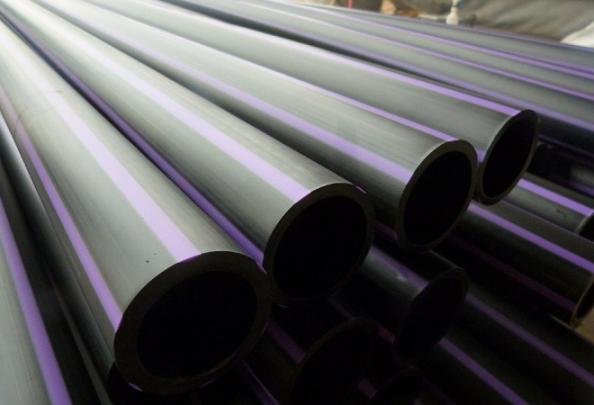 Raw materials for polyethylene production and their differences

Polyethylene is made from hydrocarbon and ethylene under high temperature and extremely high pressure. The brand is used to produce polyethylene pipes PE63, PE80, PE10

PE material 63 has a slightly higher density than newer materials and therefore has a higher weight and thickness, which makes the cost of producing polyethylene pipe with PE materials much higher than new materials, so the use of these materials has no economic justification and Currently out of stock.

The use of PE 80 to produce a polyethylene tube became common after the manufacturers realized that by increasing the density of raw materials, a pipe with a higher pressure and a cheaper price could be made with a thicker and weaker weight.

Is HDPE stronger than LDPE? 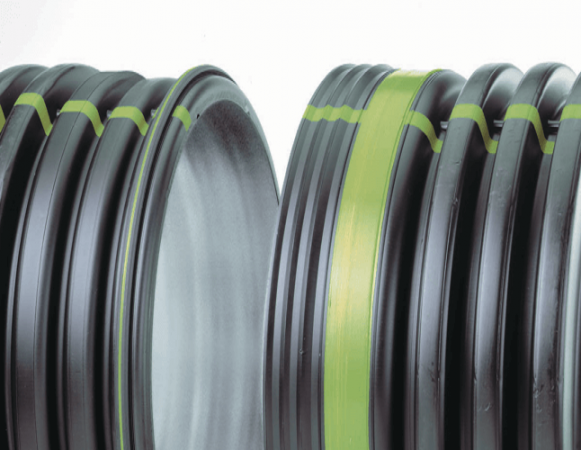 100 PE material is the newest type of raw material for the production of polyethylene pipe, which is considered as a high quality material. Polyethylene 100 PE has a lower density, less weight and thickness, and can withstand more pressure.

In general, the advantages of the PE100 pipe can be described as follows:

2. Flexibility to maintain and install the pipe

100 PE material is one of the newest types of polyethylene pipe material, which is considered to be a high grade material and has been considered in Europe since 1997 as a suitable grade in the pipe industry. Polyethylene 100 PE has a lower density, weight and thickness, and can withstand more pressure. Currently, Iran produces polyethylene pipe with raw material 80 PE and 100 PE.